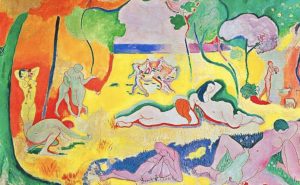 It was his courage and adventurous spirit that touched me. Walking through the rooms of the Matisse exhibition, I felt like I was being introduced to the many phases of a man who cares less what others thought and more about being true to himself.

Although I walked through sixty years of his creative life, it was his willingness to try something new, over and over again that struck me. He was unquestionably courageous. His willingness to let go of what worked and what didn’t, allowed him to take risks. 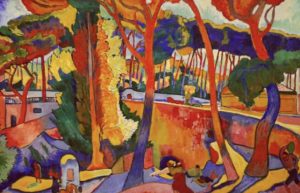 How often do we stay stuck in a job because we are not willing to risk being out of work for a while,  or continue to smoke or drink or eat too much even though we know it is not good for us? Or walk the same route every single day and pass the same homeless man and not stop to ask him if he wants a coffee?

So many of us never venture beyond our limited boundaries of perceived certainty.

As this challenging year draws to a close I am left with the shifts and changes we have all experienced. I am left with the months in isolation and the uncertainties we all felt and still feel moving forward. That is what struck me with Matisse. He was already successful, but he was willing, over and over again, to let go and experiment with new ideas and new techniques. He was curious and he was willing to fail.

He had a high reliance to failure and perhaps that is the key. Failure is to be celebrated rather that avoided. Challenges are to be expected not rejected. 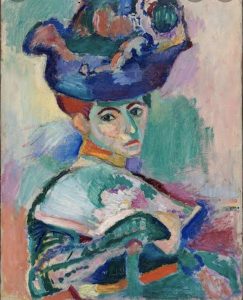 Some people, who hurt us 30, 40 50 years ago, are still  ‘hurting us’ because we refuse to let go. I say refuse because we can let go to whatever we decide, but we stop ourselves with self-talk. We say ‘I just can’t forgive. I can’t help getting so angry. I can’t stop thinking about what happened.”

Yes you can. Of course you can!

We have the power to let go of anything at any time.

We have the power to begin anything at any time.

Recently I was listening to Sounds True Podcast with Tami Simon. Michael Singer, teacher and author was talking and he told a story. A story about Intent.

“I was doing prison work. We were talking …to the men.  I told them that you could do whatever you wanted. And they disagreed. They said, “We’re not the strongest-willed people out here. We’ve kind of shown that.” And so, being men that were locked up in maximum security prison, they were in there for life. And so, I played a game with them. But it’s very important. I tell this story all the time, because it really shows it.

There were maybe 20, 20 men, younger, older, whatever it was, sitting there. And I said, “What if whatever you thought was the most beautiful woman in the world walked in this room and began disrobing, walked across the front of the room, and then put her clothes back on, and walked out?” They sat there. And I said, “Could you not look?” I’m telling you, every one of them did this, hands lifted, “No, Michael.” I went through everyone. “No, I know you want me to say yes, because you’re talking about will. But I’ve been in here for life. It may be the last chance I ever get to see such beauty,” and blah, blah, blah. “You know we’re men, right? Certain things men got to do.” And they just were there, and they said no. I said, “Are you sure? Are you sure you couldn’t not look?” They said, “I would peek.”

I said, “OK. Right here in front of me, $1 million cash, a pardon from the governor, the keys to your Ferrari out in front, and the keys to your house in Maui, and your private plane.” I said, “You there, could you not look?” Oh my God! You should have seen that room. “I ain’t looking. There’s nothing.” Right or wrong? All of a sudden, the intention changed. “But you told me you didn’t have the ability to not look.” “I was wrong. For that, I ain’t looking.” That’s a very deep teaching. What does that tell you? How, all of a sudden, you change what you were able to do? No, you didn’t change what you were able to do. You changed your intention. You were always able to do it, otherwise you wouldn’t be able to do it.

Our Will comes from the Soul. It is ours to use at any time we chose and it comes through us as  Intent. If you are steadfast in your Intent you can let go or begin anything you want. It is Intention that wavers. Unless our Intention is a rock it will waver and we will lose our footing. Intention is like hope. But hope is not based on power. Hope is wishful thinking. 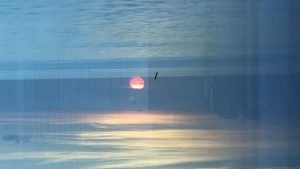 Intent and Will go hand in hand. Will comes from your Highest Self. Intention can connect to that Higher place but it requires you to let go of everything that happened. I don’t mean push it down or ignore those feelings but rather when they emerge recognize them for what they are, anger, sadness, despair, jealousy, revenge and  then, let them go. Feel them and let them go. Welcome them. “ Hi there you. ( whatever feeling popped up) I haven’t felt you for years but here you are again. Okay. Well. Poof!!! I let you go.”

The life and work of Matisse inspired me to remember how incredibly powerful we are. And yet, it was not the beauty or even the variety of his work that inspired me. It was his bonheur de vivre. His joy of life. By the time he was 72 he had developed intestinal cancer and underwent  a series of surgeries that left him unable to stand. Sitting in wheelchair he thought up an extraordinary ways to continue creating.  Using paper painted with bright colours he began to cut out shapes that would eventually be placed and glued in such a way to become magnificent pieces of art and the first art installations every seen. Soon he began to lose his sight however, he did not allow the physical pain of illness, the waves of criticism that sometimes flooded his exhibitions, or his aging deteriorating body stop him  doing what he loved. 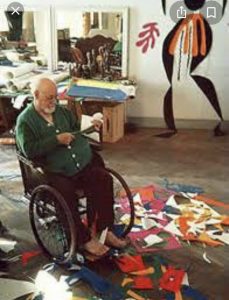 He listened to his soul and focussed on his Intent throughout his life.

Those people who have done this are no different from anyone else. We all have a Soul and therefore by reason, our own Will.

Freedom is found in letting go. Letting go no matter whether you are in prison, in a hospital bed, in a refuge or on the street. Freedom is letting the past go. All of it. Every story, every resentment, every old belief, every niggling urge that does not offer you a joyful life. Letting go of the words your mother said, the actions of your x-spouse, your need to drown your pain in substances. One tiny let-go at a time. Let it go. No let-go that comes up is more than you can handle. That’s just the way Life is. It will give you only what you can handle and not a single bit more.

And with every let-go, the next let-go becomes a little easier, and because we are not carrying so much mind-blurring, back breaking, hot smelly crap, the colours of the world becomes brighter, the sounds more glorious, and the perfume more fragrant than anything you can even imagine.