Does it Really Matter? 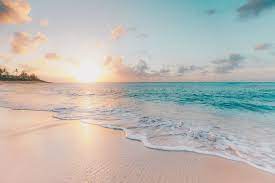 I was reading a poem by one of my favourite poets, Mary Oliver today. The poem came from her book called One Thousand Mornings, so naturally, I decided to count how many mornings have passed since my husband died.

One thousand one hundred and sixty eight mornings had passed.

I have always loved numbers. Numbers led me to numerology.

The number 1168 may seem insignificant and random to anyone else, but not to me.

Since ancient times numbers have been seen as symbols and sometimes understood as spiritual messages that arrive at a perfect moment to wake us up and remind us to pay attention. Numerology is the study of numbers in your life and was originally taught by Pythagoras who understood the energy and  science of numbers.

Gematria is even older. The first documented use of gematria is from an Assyrian inscription dating to the 8th century BC, commissioned by Sargon II. In this inscription, Sargon II states: “the king built the wall of Khorsabad 16,283 cubits long to correspond with the numerical value of his name.”

So Gematria is  based on the numerical values given to Assyrian and later Hebrew letters words and sentences.

Jewish scholars counted the number of times each letter appeared in the Scriptures (as well as the number of words, verses, paragraphs, etc.) They also counted the number a word added up to and found some beautiful mystical connections. These Soferim, as they are called, found numerical relationships between words and phrases within the earliest Jewish traditions.

Codes and hidden meanings  emerged out of the discovery of repetition and how symbols were hidden, by using gematria.

The number 11 is a very significant. There was a time not so long ago when 11: 11 was seen  by millions of people every day. A book called 11:11 was written to explore the phenomenon. My late husband felt a connection with this number because it is also a master number and when we added all the number together of his birth it came to 11. Eleven  is the number for the Teacher. It is a Karmic number for spiritual awakening. 11 is the number of the messages of truth, new opportunities, second chances and love.

Then I turned my attention to the number 68.

I used to say Oren was my rock. Whilst I would catch an idea and run with it as if it was absolute and proven and perfect, he would ponder and assess and explore taking his time with an idea.

I looked up the meaning of 68 . The word that adds up to 68 in Hebrew is stone. This is the word EVEN pronounced ‘e’ as in pen. 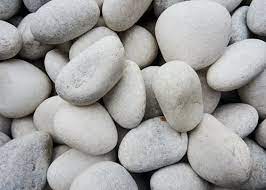 There is so much about stone that reminds me of him. Having an auto body repair shop we all rejoiced whenever it hailed. Those tiny stone of ice pounding the roofs of cars would provide everyone who worked in the garage their rent, food and school fees for a year. We all loved hail. When we were deciding on what kind of grave to build we chose a monument that was able to hold thousands of white stones. It is tradition to place a stone on a grave every time you visit. There are a number of meanings for this but the one I particularly like is that a stone symbolizes permanence. The permanence of the memory of the loved one.

Also the word for pebble is ‘tsror’ which also means bond. When we visit a grave of a loved one we say a prayer that the soul of the departed be bound in the bond of life.

Seven is known as the number of completion and is a highly spiritual number that is associated with intuition, mysticism, inner wisdom, and a deep inward knowing. Besides, I was born on the number 7.

Why is all this important and is it important? It is certainly interesting, and in some way I find it comforting and it satisfies my need make meaning of out numbers and random events. But does it really matter?

In the greater scheme of all that is, we can choose how to grieve, how long to mourn, how and whether to move forward and let go. We can search for meanings within life and be flexible enough to change our mind as many times as we want.

But Life does not wait for us.

What really matters is that life, nature, and the universe, whether it is infinitesimal or formidable, magnificent or monotonous, repetitious or sporadic, continues to grow, expand  flourish, die and regenerate  regardless how I might feel or what I make it all mean. 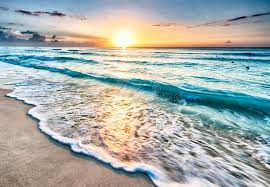 And that is why Mary Oliver’s poem touched me so much.

“I go down to the shore in the morning and depending on the hour the waves are rolling in or moving out, and I say, oh, I am miserable, what shall- what should I do? And the sea says in its lovely voice: Excuse me, I have work to do. “