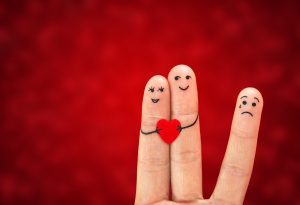 What do you mean “two thirds of one whole is enough”?

Exactly that, replied my nephew. “I live by the two-thirds principle”.

I met my nephew 42 years ago. Of course, at the time he was not yet my nephew  but within a year I married his uncle and he became my nephew. I loved him from the second I met him. He was intense, obtuse, curious and bossy. He and I enjoyed each others company. Still do.

He has been known to have a lot to say. He can also spend a whole evening saying absolutely nothing. He is an enigma. He can make me laugh out loud and three minutes later I’m mesmerized by his complex matrix of opinions and thoughts. I don’t always agree with him but rarely do I have enough factual information to accurately put forward exactly why I don’t always agree.

He seems to know quite lot about quite a lot.

When I arrived in Israel forty three years ago I spent much of my time wandering around the streets of Tel Aviv. I liked hanging out at the central bus station because buskers would sing down there or play their musical instruments and I could while away the hours trying to figure out what I’m going to do with my life. I knew not a soul and spoke not a word of Hebrew so finding free-street entertainment was about as good as I could make my day. I remember a bald man, cigarette constantly dangling from the left side of his mouth, with a significantly large belly and a booming voice, who sold tapes. Cassette tapes. If you are younger than forty you probably don’t know what I am talking about but at the time that’s how we listened to music. I bought a tape from him every so often and went back to my kibbutz and listened over and over and over again. It’s how I learned to speak the language. Not very well. Not 100% well. But two-thirds well. And that was good enough for me.

The night my cousin told me about his two-thirds philosophy I recognized part of myself. As  a child I tried so hard to get everything right and yet I so often got everything wrong. That set up a pattern for me to constantly tip-toe over broken glass in an attempt to avoid getting into trouble. I managed, about two thirds of the time.

The one thing I just couldn’t get right was my spelling and over time I surrendered to becoming a ‘near enough is good enough’ kind of person in that regard. My school eventually gave me compassionate dispensation for my spelling, understanding that I just couldn’t put the letters in the right place. Now I type quicker that my fingers can find the right key and end up with copious spolling errars. I often don’t bother to re-read my writing  and inevitably three or four for my children might call and beg me to send them a copy before I press ‘publish’.  They might think my dyslexia is nothing but sloppiness and maybe sometimes they are right, but at least I get my sloppy words out there.

I knew people who studied with me in the kibbutz who, to this day never speak a word of Hebrew, ( or French, or Italian, or Spanish)  in case they make a mistake.

So, is accepting life on a two thirds principle enough?

What about your relationship? Of course there are tough times, but if you can say it is good two-thirds of the time, perhaps that might be good enough.

The philosophy of two-thirds of one whole takes away a great deal of life’s pressure. We can free ourselves from complaining.  We begin to accept what is. Ask yourself this. Is the thing you are trying to complete or create or live with acceptable two-thirds of the time? Yes?  Well, maybe that’s good enough.

Having said all this I know that the two thirds of one whole philosophy is not for everyone. I know many of us want more.  I hear it everyday. I want him to do more. I need to spend more time with her. My dissertation is not good enough. The movie, concert, party, visit, was too long, too short, too boring, too, too too.

There is certainly a social  stigma that two thirds amounts to mediocrity, carelessness, slackness, untidiness and inaccuracy, but in my nephews words, “unless you are a surgeon or an engineer the two thirds philosophy is not a bad one”.

As I said, my nephew is not the easiest person to know. Most of the time he doesn’t try to be understood or seen or known. He is one of the most self sufficient people I have ever met. So if I were to guess how well I know him I would probably say, around two thirds. I may be exaggerating, but if it really was two thirds then  that would be good enough for me.

I am not proselytizing here and I don’t want to change anyone. This philosophy is definitely not for everyone. But it is something to consider the next time you find yourself procrastinating because you fear  that proposal you have been working on for six months is still not good  enough. So the next time you are about to beat yourself up because your (valiant) effort was not 100% successful consider the two thirds principle.

Worth a try, don’t you think?